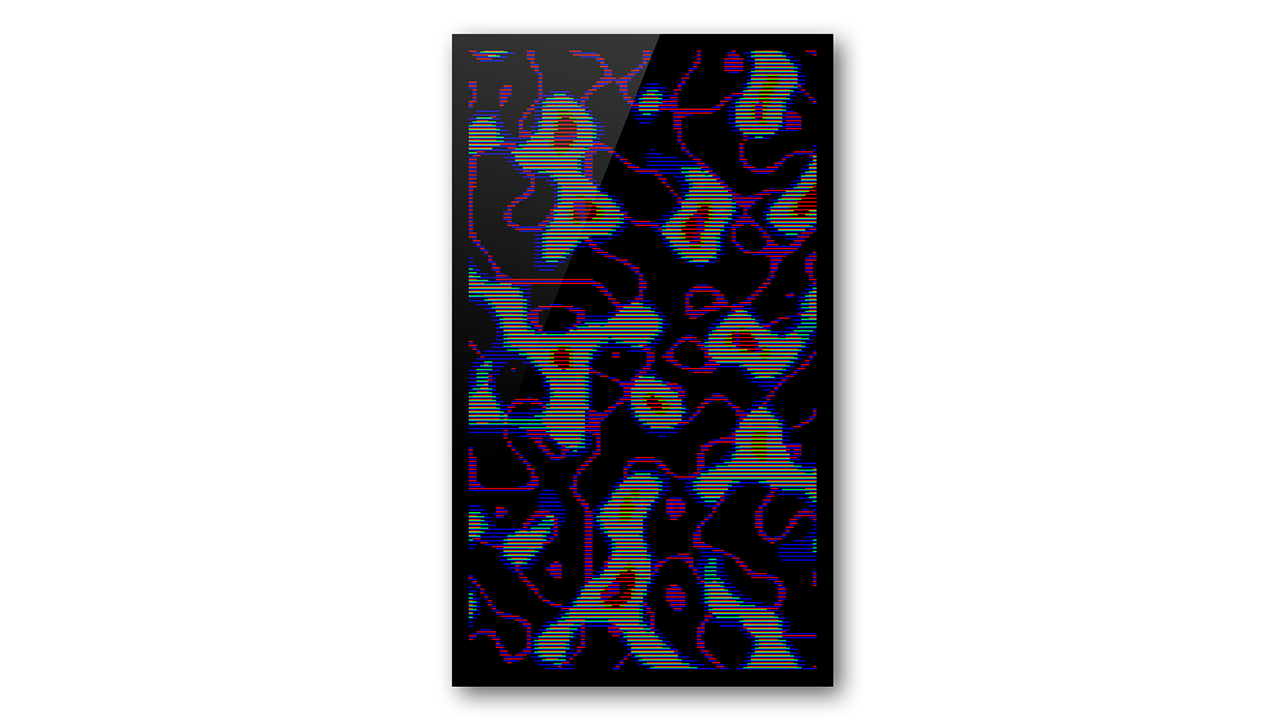 
Thin lines are generated in the three standard additive primary colors. Visual output is perceived as also including secondary colors. The color reproduction has thereby moved one level up in the color-theoretical recursive transition network (The display's pixels being the lowest level).

Modern computer hardware is used to display the animating graphics. Visual output is perceived as looking relatively old, because of aesthetics reminiscent of CRT monitors. The beholder is thereby (hopefully) moved one, or more, levels down their own stack of memories (Their first memory of computer graphics being the lowest level).

Made for the FRAMED digital art display.